Designers can be placed on a single axis described by two extremes, best represented I think by 20th century designers Henry Dreyfuss and Raymond Loewy. Dreyfuss exemplifies the school of design that considers human factors first, and categorically denies the artifact character outside its use. Properly done, the object works flawlessly and comfortably without drawing attention to itself, melding seamlessly into the background of everyday life. Loewy represents that school which views each artifact as primarily an expression of the designer; the form must be striking to the consumer first, and other factors second. 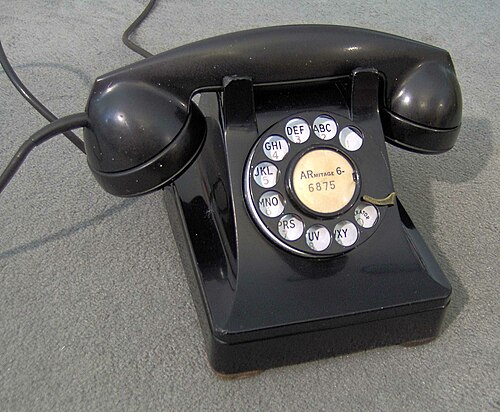 Loewy with a train he designed

Most designers can fit somewhere on an axis between these two extremes, and the ongoing discourse between these ideologies forms the basis of much of the design education today. Yet I find my favorite innovations are ones that move on a second axis orthogonal to the first, which I find is critically absent from current design education. This “Third Way” first considers materials and process, and lets form follow organically from these first principles.

An example would be best to illustrate this Third Way. Enter the world of early 20th century pipe design.

By the early 20th century, Alfred Dunhill, and other pipe smokers, were dissatisfied with the state of the market. Elaborately carved meerschaum pipes and smooth-finish briar pipes dominated the upper end of the market, and the ubiquitous, cheap American corncob the lower. In between there were few options: the French made less expensive pipes out of cheaper, defect-ridden briar, but to make them into the desirable smooth pipes they applied heavy layers of shellac. This impermeable layer gave the pipes undesirable smoking qualities and an unpleasant, tacky feel.

A cased pair of early Dunhills, one smooth and one sandblasted

Dunhill’s great inspiration was to take the relatively new industrial process of sandblasting and to apply it to the handcrafted tradition of pipe-making. This was a canny choice. The briar used for pipes comes from those specimens of Erica arborea that grow in dry, rocky Mediterranean soil. The slow growth and resulting tight grain makes the wood dense and fire-resistant, but also results in many internal defects in a given block as included bits of sand and stone leave behind voids in the wood, and the tight, gnarled grain folds in on itself. Locating a completely defect-free block that could be turned into a smooth-finish pipe was expensive and time consuming, with no guarantee that a defect might not be uncovered as the block was reduced to its final dimensions. Sandblasting to a craggy finish eroded away those defects present in almost all cuts of briar wood, allowing him to take advantage of cheaper materials no other company could, and then to sell finished pipes at a premium, Dunhill price.

Algerian briar, especially, was known by craftsmen to be hard to work with. In any given piece, the hardness varies greatly with the grain, making the geometric, smooth, Continental briar pipe designs much more difficult to manufacture. In this new Dunhill process, however, the Algerian briar produced spectacular, deep finishes as the different hardnesses were cast into deep relief by the sandblast. The grain, which could only be seen to enjoyed on smooth pipes, could now be enjoyed by touch as well.

These pipes are made to be handled. The characteristic dark stain remains untouched on the crevices of the piece, while the raised grain, where handled, is worn to a lighter shade over years of enjoyment. Scratches and damage are much less apparent than on a smooth-finish briar as well.

In this way, we see an example of a simple, robust process that created tremendous value by simultaneously cutting costs, giving customers a more robust product, and creating a distinct brand identity. In later years, other companies, most notably Ashton in the 1980s, sought to re-create the early, deep sandblasted Dunhill finishes.

I see the Third Way present in all those designs that rely on elementary, stochastic processes. I see kaizen as another pure expression of the Third Way: each worker a grain of sand, blasting away the “softness” in a given process until only the essential remains.

My own Ashton is not just a pipe. For me it is a potent metaphor for design in general. The most important thing my design education has taught me is that the very best designs come when you let go of your pre-conceived ideas (the geometric smooth pipe ideal) and investigate those material and human factors that make each project unique and challenging (the defects). If you have not seen them yet, chances are you haven’t gone deep enough. Deciding that the pipe must be smooth before even knowing what the pipe blank holds leads to wasted time and expense, or an unpleasant-feeling shellacking.